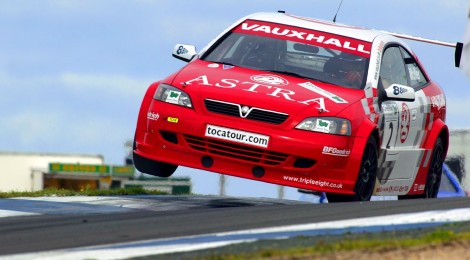 Is this where the Fuji X-T1 is going?

When it comes to shooting pro motorsports, my Canon kit has been the go-to to get the shots.

There are a number of factors that have kept the Canon hardware front and center.

Sports is an area of photography where the kit really does matter – you need reach to get the shot, because you just can’t walk up to the subject to get a closer view.

Even with a press pass, you can only get just so close to the action – for your own safety in many cases!

Up to now we’ve had 55-200 and 50-230 lenses from Fuji in the X range, so basically around the 300mm equivalent reach – but on the roadmap we now have a ‘Super Telephoto Zoom’ lens – so I’m going to assume we’re looking at at least a 400mm equivalent focal length, maybe longer.

So the reach issue may be going away.

Now a pro/pro-sumer zoom isn’t an L series lens by any stretch of the imagination – but then Fuji have the advantage of being able to build optics which can take full advantage of in-camera image processing and optical correction. So maybe it’s not as big a difference as Canon would like you to think. Time will tell.

You can imagine, schlepping lenses and cameras around the globe, on and off of planes, around F1 circuits, in all sorts of weather, requires that the kit has a high degree of ruggedness.

Your X-Pro1 or XE-2 is going to struggle here – it just is not built for that kind of job.

The X-T1 on the other hand, definitely is built for the job – and has the grip and extra battery life to make it a more viable proposition for a long day shooting in the field.

It’s weather sealed, so you won’t have to run for cover when the rain starts – because you want to be shooting in the rain, regardless.

And you can remote control the X-T1 via WiFi, allowing you to place it in harms way yet operate it from a safe location. Not just triggering, but full control and image retrieval in real time.

This has been the real killer so far for the X-Series, and in fact most/all of the CSCs.

The technology in its infancy has been poor at AF and particularly AF Tracking – even my original Canon D30 could do a better job!

Although you can get action shots by pre-focusing on a point and then shooting when the target hits that kill-zone, this is not going to cut it for pro sports events.

You need what Canon calls AI Servo AF – autofocus that tracks a moving target, figures out how fast it is moving towards/away from the camera, and predicts where the AF needs to be to get a sharp image when the shutter triggers.

And, it has to do this with the ‘motor drive’ running – and still grab perfect focus between each frame.

Well, again with the X-T1, it now looks like this is coming to the Fuji X-Series.

Capture the thrill of motion with predictive AF and AF tracking

moment, and the X-T1 delivers it. Using phase-detection

AF accurately follows your subject through the frame, even at

If Fuji delivers, we could be seeing images taken with a Fuji X-Series, of high speed sports events.

Just think of that! – when the X100 was released, as good a camera as it was, could you have imagined that this might be possible in such a short time?

I’m not expecting miracles – I think the X-T1 will be another step down the road to the Canon 1 series level of performance.

I think it’ll move me closer to being able to retire my big heavy Canon guns.

Bring on the X-T1