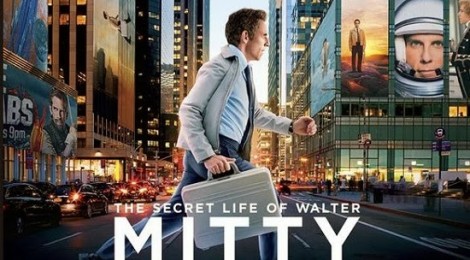 The Secret Life of Walter Mitty

After seeing the movie last night, I have to recommend it to anyone who’s into photography.

Although Ben Stiller is the titled star, the real stars for me were the stunning cinematography (Stuart Dryburgh), and the endearing story of the end of the era of film.

From the first frames, the film has beautifully composed shots, excellent use of depth of field, and some truly stunning scenery. Unlike most big-budget Hollywood productions as of late, Stiller shot “Walter Mitty” entirely on traditional celluloid , no doubt a nod to the theme of the story.

An early scene has Walter on his laptop, agonizing over his match.com profile. As he moves back and forth, trying to pluck up the courage to hit the ‘wink’ button on the website, he moves in and out of focus, the narrow depth of field is perfectly used to illustrate his focus, or lack of it, on the task in hand.

Adding to the look and feel, the theme of the movie revolves around the end of the film era, featuring Sean Penn as the last of a dying bread of pro photographers who insist on using real film for their work.

Sean’s character (Sean O’Connell) has no cellphone, no computer, and has committed his life’s work to the medium of film, with the help of Walter Mitty and Life Magazine.

Walter’s quest to find him, off the grid to the modern world, leads the viewer through some truly stunning locations, and gripping stories.

When he eventually tracks him down, on top of a mountain in Afghanistan, he is (of course) shooting film on his trusty Nikon. The final mix of story, cinematography and visual effects are Oscar worthy – and for the photo enthusiast, it’s a film to cherish.

The end of an era.