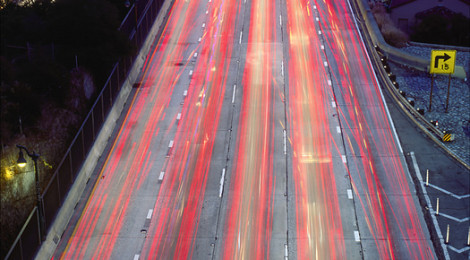 I was worried that the thick smog hanging over  LA would spoil the shot, but the smog and setting sun gave a nice reddish glow to the sky, making a nice final image.

The film was developed at NCPS and scanned using an Epson V700.