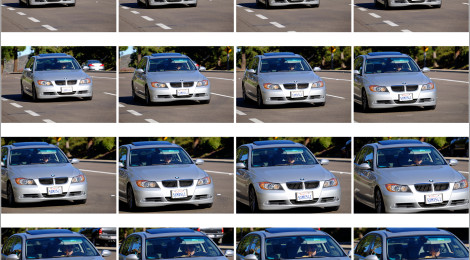 One of the big selling points of the new Fuji X-T1, is the promise of 8 fps, with focus tracking of moving targets.

This is quite a jump from the X-E2, and a huge leap from the X-Pro1, so I wanted to test it out on day one.

I updated the firmware on my Fuji 55-200 lens, before heading out to find a suitable target to track.

I used the zoom on 200mm,  wide open with minimum DOF, and shot on the highest speed burst mode, saving Fine JPEG and RAW files for each frame.

I selected Continuous Focus, and put the center focus box on the target BMW.

Selecting a single frame from the set, the camera looks like it’s focussed accurately on the moving target – more DOF would have got me an in four plate as well, but I wanted to critically test the AF precision.

From the initial test I’d say they’ve cracked it.

I was using a high speed Sandisk SD card, but not one of the new UHS-II models – and I was shooting combined FINE JPEG and RAW, so worst case image file size.

I’ll RTFM and do some more tests – but out of the box the X-T1 delivers as advertised.