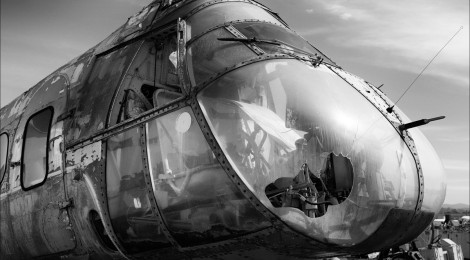 It’s not every day you come across an ICBM in a suburban area! This rather impressive specimen is the gate guardian for an annex to the San Diego Air & Space Museum – basically their off-site workshops at Gillespie Field. I believe it to be an Atlas 2E Ballistic Missile, and it would had been built locally during the 50s-60s – the missiles were on station ready to blow up large parts of the planet until 1965!
They also provided us with one of those amazing spin-off products, which everyone owns and uses – WD40.
When manufacturing the Atlas, they needed something to stop the metal from rusting on the rocket’s skin. Painting the rocket added too much weight, so they started testing water displacement chemicals to coat the skin with.
After 39 failed attempts they found the one that worked – Water Displacement formula #40, or WD40.
Anyway, enough of the school lesson – more bits of old aircraft! (Click on any image for a larger version)
. Marine Harrier (I used to live near Wittering in the UK, home of the Harrier during the 80’s-90s)